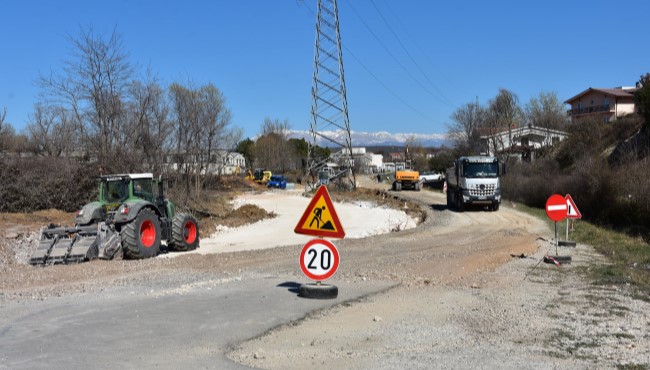 Intensive earthworks on the 320-meter-long route of the new road in the immediate vicinity of Dr. Slavko Barbarić Secondary School are coming to an end. The work is performed by the employees of Kopex Dodig d.o.o. Čitluk, and on the route of the future two-lane road, a wide excavation was carried out, as well as filling and strengthening of the multi-layer body of the new road.

Along with the breaking of the new route at the construction site in Stjepana Radić Street, the final layer of the existing road was removed, after which the change of the surface and preparation of the surface for future use began.

Due to the extensive works, the section where the works are being carried out is closed to traffic and drivers are asked to use alternative traffic routes.

The Čitluk Municipality signed a contract for the construction of 320 meters of new road with the JV: Kopex Dodig d.o.o. Čitluk and AME d.o.o. Birch. The works started at the beginning of March, and the deadline for performing the contracted works is sixty calendar days.

Funds for the implementation of this project were provided by the Municipality of Čitluk and the Government of HNŽ through the departmental Ministry of Transport and Communications. The mentioned works are part of a more extensive project, for which the Municipality of Čitluk, in cooperation with the Ministry of Transport and Communications of HNŽ, prepared the necessary technical documentation at the level of the main project.

The entire project called “Construction of the connection road M17.4 – R-425 in the Bare area”, the first phase of which is being implemented, was designed for a road with a total length of 700 meters. This is a very important project for the Municipality of Čitluk, because the mentioned area, partly due to the proximity of Dr. Slavko Barbarić Secondary School, Health Center and Children’s Kindergarten, and partly due to the intersection of higher-ranking traffic routes, is heavily traffic-laden, which brings with it problems from the point of view of vehicle and pedestrian traffic safety.

The realization of the entire project, which will be realized in several phases, will lead to greater flow and increased safety of traffic. 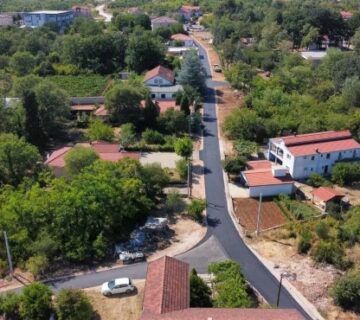 Completed works on the construction of the local road in Bungalows 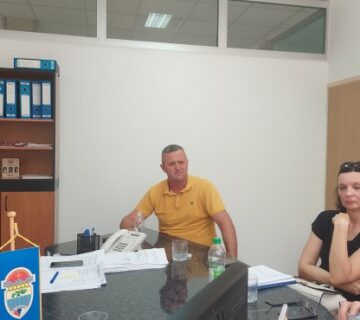